Sherlock and John see a number of images and animations that may look familiar to a gamer, during The Unreliable Narrator. For example, what are those skulls falling in intriguing patterns? In this Case File #32, we consider a famous dispute about a game similar to one of the world’s most played games – Tetris – and think about the consequences of under- and over-protection in copyright law.

When Sherlock and John meet Mr. Hush and Agnes, something like Tetris plays out around them, although instead of the ‘tetromino’ familiar to anyone who had a Game Boy in the 1990s we see skulls instead. But what is the legal status of a game that ‘looks’ or ‘feels’ like Tetris? This issue came before the US courts in 2012, where the Tetris rightsholders succeeded in persuading a judge that a new game, Mino, infringed their rights. (We also learn from reading the case that the makers of Mino happily admitted that they had set out to do something that was Tetris–like, having taken legal advice that it would be possible to do so without infringing copyright law).  The judge pointed out that Tetris was a ‘purely fanciful’ game (not an existing game, like golf, which was being represented on screen in a way that players would already visualise), and that Mino’s developers could have chosen different shapes and the like.

Disputes between game developers are not new. The most detailed exploration of this question in the UK arose out of something that Sherlock and John encounter early in this episode: the ‘arcade’ game. Nova Productions and Mazooma Games were two companies working in this sector when Nova went to court in the mid-00s arguing that some of Mazooma’s games infringed on its copyright. But Mazooma succeeded – in the High Court of England and Wales and then in the Court of Appeal – primarily on the grounds that it had not copied the computer code that drove Nova’s games. Indeed, one judge at the Court of Appeal – Lord Justice Jacobs – warned that copyright should not go so far as to ‘become an instrument of oppression rather than the incentive for creation which it is intended to be’.

The distinction between ideas, genres, graphics, and the like, is often controversial. In episode 5 we see the centaurs throwing paperballs-cum-fireballs at the unfortunates below; this might look particularly like Super Mario Bros, though gamers have long had to dodge unwelcome gifts from above, whether Donkey Kong’s barrels or even the bullets in Space Invaders.  In 2018, the wildly popular Fortnite was to be the subject of a copyright action in South Korea, though the case, which was brought by rival PlayerUnknown’s Battlegrounds (PUBG) was withdrawn at an early stage. (Both games have versions with ‘battle royale’ modes, inspired by the film of that name; the conceptual similarities between Battle Royale and The Hunger Games have been much discussed).

Indeed, the Tetris case also reminded us how the key cases on software and copyright in the US are also from the 1980s heyday of the video game arcade, turning on allegations that the big games of the day – such as Asteroids and Pac–Man – had been unlawfully copied by others. Some proved infringement while others didn’t; where infringement wasn’t found, it was often because the elements alleged to have been copied were too general in nature (tables of highest scores, various ways of representing the use of buttons and joysticks on screen).

A similar caution is evident in the 2004 English case of Navitaire, Inc v. EasyJet, where new software (for managing air reservations) was designed to perform similar functions to a more established package, though the designers of the new software had no access to the code of the original; it was found lawful, as what was ‘taken’ was not a ‘substantial part’ of the original. The Navitaire case was discussed in detail in the Nova case.

But what of the situation where, as seems particularly commonplace in new game markets such as app stores, a successful game is quickly and (it seems) quite cheaply imitated? Does copyright have a role to play here? It has been argued that copyright law should change so that ‘gameplay’ is protected. Meanwhile, however, other court decisions in the EU have emphasised the limits to protecting ‘functional’ aspects of computer use through copyright law – such as an on-screen interface. Some old debates about IP law and computers – including whether copyright, or patent, or something that is distinctive to information technology, is the most appropriate form of protection – seem as relevant as ever.

FOR DISCUSSION: IS THE ANSWER IN THE BIG APPLE?

If there is a situation where a game has been ‘cloned’, how can that be addressed? Or, to put it another way, should platforms have any responsibility for checking the lawfulness of software distributed through that platform? In the situation of one of the most rapidly copied games – Flappy Bird – it was reported that, at its height, a new clone was uploaded to the Apple app store about twice an hour, and that making a new version would take about three hours. Apple are said to be taking more action against clones these days. Is this effective? Is it the right thing to do? Or should we leave it to the courts to determine what is and isn’t copying in these circumstances? Overenforcement can leave other developers in a position where they can’t reach their key audience, but others call for Apple to play more of a policing role. 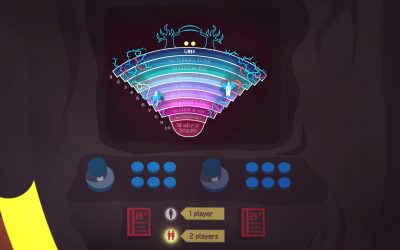 In this Case File #31 we consider the implications of intellectual property protection for the gaming sector.