A work – such as a book, a piece of music, a painting or a film – in which copyright exists, but where the copyright owner is either unknown or cannot be located is referred to as an ‘orphan work’. Orphan works can be a real problem for users who want to make use of such work, whether for commercial or non-commercial purposes. For example, a filmmaker who wants to include a piece of music protected by copyright in a documentary will be unable to do so if the owner of the copyright in the music is either unknown or cannot be identified. That is, if you do not know whom to ask for permission then, unless your use of the work is covered by an existing exception to copyright, you cannot make use of the work, at least not without infringing copyright.

Unlocking the potential of these orphan works has been a key issue for the copyright regime. Introducing an appropriate orphan works scheme is intended to promote creativity and innovation by allowing new uses to be made of this material, while at the same time protecting the interests of the copyright owners of these orphan works. An Impact Assessment Report on Orphan Works published by the Department of Business, Innovations and Skills in June 2012 stated that ‘up to 2,500 museums, 3,393 public libraries, 3,000 community archives, 979 academic libraries and approximately 3,500 trust archives’ which hold orphan works would benefit from having such a scheme.

Implementing an orphan works provision in the UK

Until 2014, the UK did not have an orphan works scheme. There were attempts to address the orphan works issue in 2006 and again in 2010, but without success. However, in October 2014, changes were made to UK copyright law following recommendations for copyright reform in 2011. Now, a new licensing scheme allows users to apply for a licence to use orphan works for both commercial and non-commercial purposes within the UK. Until 31st December 2020, an Orphan Works exception allowed certain uses of works by UK cultural heritage institutions. However, as of 1st January 2021 and due to UK’s exit from the EU, the exception has now been repealed from the UK copyright law, leaving licensing as the only option.

The criteria set out in the new regulations are explained in more detail below:

1. When will a work qualify as an orphan work?

A work will qualify as an orphan work after a ‘diligent search’ has been carried out and it is established that the owner of the copyright cannot be identified, or if identified cannot be located. This means that before any work can qualify as an orphan work you must carry out a thorough search for the copyright owner to be verified by the IPO, which has been appointed as the independent licensing body for orphan works within the UK. The nature of ‘diligent search’ has not been expressly defined, but guidance produced by the IPO requires a search for the unknown copyright owner through relevant databases which list copyright owners, national libraries’ indices, advertising in newspapers and the Internet, and so on. This is also consistent with orphan works schemes which operate in other countries. The Diligent Search tool – developed by the Centre for Intellectual Property Policy and Management (CIPPM) at Bournemouth University guides you through the necessary steps of a diligent search: https://diligentsearch.eu/do-a-search/

The licensing of orphan works will be carried out by the IPO.

When the criteria for a diligent search have been satisfied, the IPO will issue a non-exclusive licence, authorising the use of the orphan work(s), but only within the UK. The licence will take effect as if granted by the missing owner, and last for a period of up to 7 years. The IPO will only grant non-exclusive licences in order to avoid a monopoly on any particular use of an orphan work by any one individual or organisation. It will also be a requirement of the licence to acknowledge the missing copyright owner.

3. Payment of the licence fee and the period for which it should be held by the licensing body

The non-exclusive licence to use an orphan work(s) will be granted by the IPO subject to the payment of a reasonable licence fee. The IPO stipulates that the application fee will be £20 for one work, scaling up per work to the maximum of £80 for 30 works.

The nature of the licence fee will take into account the type of work being licensed (literary, artistic, musical works, and so on) and the level of fee paid for the similar use of a non-orphan work as well as the type of use (whether the use is commercial or non-commercial). The IPO will retain the licence fee for 8 years from granting it, in case a ‘missing’ copyright owner re-appears requesting that the remuneration owed to him/her be paid, After the 8 years, the IPO may use the unclaimed fees to fund the set-up and administration of the licensing scheme itself, while any excess may be used to fund social, cultural and educational projects.

Under the Directive 2012/28 (Orphan Works Directive), EU cultural heritage institutions (CHIs), including archives, libraries, museums, educational establishments and public service broadcasters, may make certain uses of orphan works without having to apply for a licence from the IPO. After completing a diligent search as described above, a CHI may make an orphan work(s) accessible to the public, and may copy the work for the purposes of digitisation, preservation, cataloguing or indexing. The exception covers the use of literary works, cinematographic works, audiovisual works and sound recordings across the EU, but does not include standalone artistic works like photographs, maps, plans and drawings. This exception was also implemented in the UK in October 2014, which led to the UK CHIs making the orphan works in their collections available following a diligent search.

As of 1 January 2021, following UK’s exit from the EU, this exception is repealed from UK law. Therefore, from 1st January 2021 onwards, UK institutions may face copyright infringement claims if they make works available online in the UK or the EEA, including the works placed before 1 January 2021.

As this also applies to works placed before the repeal, institutions are encouraged to check their collections currently available on the EUIPO Orphan Works Database.

For UK cultural institutions interested in keepings such works online, the IPO recommends obtaining a license under the UK scheme. Where a license is already held, the IPO recommends that online access is limited to users based in the UK only. As an alternative solution, IPO advises relying on other existing copyright exceptions where appropriate.

The new regulations state that a register of orphan works, detailing the works that are the subject of a diligent search, be maintained by the IPO. As set out in the IPO Commissioned Report on Orphan Works, this will increase the chances of works being reunited with their owners as rights holders will be able to view the register to check whether any of their works appear on it.

Whilst an orphan works regime is seen as a mechanism to unlock knowledge, it poses particular challenges for the copyright owners of digital images. This is because when digital images are uploaded to the Internet, the metadata attached to those images is often stripped away, including important rights information such as the name of the copyright owner of that particular image. This means that, as far as digital images are concerned, even a diligent search may not turn up any reliable information about the copyright owner. The situation has led to a fear, on the part of commercial photographers, that the new orphan works regime could lead to the widespread exploitation of unidentified images on the Internet.

Parallel to the orphan works scheme discussed above, the government has introduced an Extended Collective Licensing (ECL) scheme within the UK copyright regime. ECL is a method of rights clearance, originally developed in Nordic countries, that enables clearing rights for multiple copyright works quickly and efficiently. It allows collecting societies, such as the ALCS or PRS for Music, to license the use of works by all relevant rightsholders in any given ECL scheme, including copyright owners that are not members of the collecting society (unless those copyright owners opt out of the ECL system).

Although ECL has not being introduced as a means of dealing with the issue of clearing rights in orphan works, in practice the licensing of orphan works will be covered by these extended collective licences.

Digital Opportunity. A Review of Intellectual Property and Growth. An Independent Report by Professor Ian Hargreaves (2011), available at: http://webarchive.nationalarchives.gov.uk/20140603093549/http:/www.ipo.gov.uk/ipreview-finalreport.pdf

The Enterprise and Regulatory Reform Act 2013: Your Photos and you (London: Intellectual Property Office; May 2013) at http://webarchive.nationalarchives.gov.uk/20140603093549/http://www.ipo.gov.uk/hargreaves-orphanmyth.pdf

The Copyright and Rights in Performances (Licensing of Orphan Works) Regulations 2014 No. 2863, available at: http://www.legislation.gov.uk/uksi/2014/2863/contents/made

The Copyright and Rights in Performances (Certain Permitted Uses of Orphan Works) Regulations 2014 No. 2861, available at: http://www.legislation.gov.uk/uksi/2014/2861/contents/made

Note that The Copyright and Rights in Performances (Certain Permitted Uses of Orphan Works) Regulations 2014 No. 2861 – implementing the Directive 2012/28/EU (the European Orphan Works Directive) – inserted Section 44B ‘Permitted uses of orphan works’ into the Copyright, Designs and Patents Act 1988. However, in January 2021, Section 44B was repealed through the Intellectual Property (Copyright and Related Rights) (Amendment) (EU Exit) Regulations 2019, available at: https://www.legislation.gov.uk/uksi/2019/605/contents 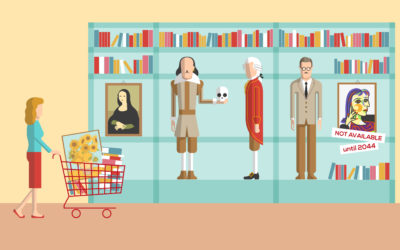 This commentary explains how long copyright lasts and what you need to consider when calculating the copyright term of different types of works. 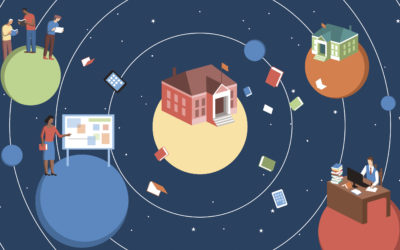 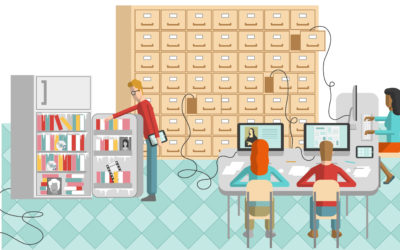 Archives are memory institutions. They hold unique documents and records that are vital for helping people connect with and understand their identities, their communities and their cultural heritage.