There are many different copyright education resources available online and elsewhere. Often, they are developed for schools in partnership with organisations that represent authors and artists, as well as the publishing, music, film and other creative industries. But, in our experience, this often means these resources offer a very particular kind of story about copyright, its purpose and its possibilities.

In this Case File #33, we consider two ways in which some traditional copyright educational materials can present a slightly skewed or incomplete view of the copyright world. Then, we invite you to consider the many and varied ways in which we have copied copiously from other people’s ideas and works to create the entire series of The Game is On!

YOU SAY EDUCATION? I SAY MISINFORMATION. LET’S CLEAR THE WHOLE THING UP

And, theft is wrong.

They are both wrong, but they are not the same thing. Far from it.

Why then do some copyright educational materials tell you that copyright infringement and theft are essentially the same thing?

For example, one copyright education resource repeatedly talks about ‘copyright theft’ (rather than copyright infringement), contains a lesson plan concerning ‘the theft of creative ideas,’ and stresses that ‘it’s wrong to steal an idea,’ just as ‘it’s wrong to steal a pen, a mobile phone or a car’. You may also have seen adverts in the cinema or online delivering a similar message: you wouldn’t steal a handbag or a car, so why would you infringe copyright?

Classically defined, theft occurs when one person dishonestly takes property belonging to another with the intention of permanently depriving the other person of that property.

In other words, theft typically involves things – such as a pen or a mobile phone or money – that can only be used by one person at one time. If you steal my car, you are depriving me of its use. If the car is never recovered, I have been deprived of its use permanently. Also, theft only occurs when someone is acting dishonestly. That is, they must intend to steal. If you take my pen by mistake there is no theft because there is no intention to steal.

For now, however, think about J.K. Rowling’s first book, Harry Potter and the Philosopher’s Stone. Since it was first published in 1997, it has sold over 120 million copies worldwide, in over 80 languages. That is, the story has been printed and reprinted, bought and sold, on paper and in digital form, over 120 million times. Roughly speaking, that’s about one copy for every 60 people that are alive on the planet. The phenomenal success that Rowling has enjoyed is quite amazing.

Now, suppose that I copy and paste passages from The Philosopher’s Stone into a blog or a website that I maintain because I’m a Harry Potter fan. In doing this, I am copying parts of Rowling’s copyright-protected text. My copying may or may not be unlawful, depending on the circumstances, e.g., how much I have copied, the reason and purpose for my copying, whether my actions can be considered fair, and so on.

But, whatever else I am doing, I am not stealing. There is no theft.

Of course, copyright infringement can sometimes cause economic harm. Imagine, for example, an eccentric billionaire decides to print one million copies of The Philosopher’s Stone, in Spanish, to give away for free to children in Colombia, Ecuador, Venezuela and Peru. And, she does it without Rowling’s permission. Clearly, this amounts to copyright infringement and this unlawful action will cause Rowling economic harm by harming her opportunity to sell copies of her work throughout the north of South America. But again, this is not theft.

But, copyright infringement is not theft. And, don’t let anybody tell you that it is.

HEADS OR HEADS? A STORY HALF-TOLD

The second way in which some copyright education resources sometimes fall short, is that they have a tendency only to tell you half of the copyright story. That is, they tend to focus almost entirely on what you can’t do with someone else’s copyright work. But, rarely do they tell you what you can do with another person’s work without the need for permission or paying any kind of fee.

You should never forget that there are always two sides to the copyright coin.

The law tells us that there are certain things that we cannot do without copyright permission. But equally, the law expressly tells us that there are lots of ways in which we can make use of another person’s work, without the need for their permission, whether it is for certain creative, informative, educational or other purposes. In the next section, we consider the various ways in which use without permission is entirely lawful.

Sometimes how you make use of someone’s work will require permission; at other times, it won’t.

Whereas some resources tend to prefer a coin with two HEADS, in this resource we show you both sides of the coin, HEADS and TAILS.

When developing The Game is On! we set out to make a research-led, open access, web-based resource that provides users with an opportunity to explore, discuss and debate key principles and ideas underpinning copyright law, creativity, and the limits of lawfully appropriating and reusing other people’s work. But, The Game is On! does more than just try to explain and help users navigate these issues.

Rather, we want to demonstrate how copyright enables creative possibilities. In adopting appropriation as a creative technique, each of our films speak to the positive, expressive power of the copyright regime by embracing and evidencing the creative reuse of public domain and copyright materials.

In short, we have copied. Lots. And, lawfully.

Across all six films, in just over 20 minutes, we believe we have copied, borrowed from and been influenced by other people’s ideas and copyright works around 500 times (or, on average, approximately twice every five seconds). The works we have borrowed from take many different forms: novels and short stories, paintings, film posters and photographs, melodies and musical scores, television and film, costume and set designs, history, science and academia, real-world copyright litigation, and much, much more.

However, in general, we borrow from works that are still in copyright. And, importantly, not once did we ask for permission.

This isn’t because we’re rude people (we’re not).

And it isn’t because we don’t respect the authors who created the works, or because we think copyright isn’t a good thing. We do. And, it is.

Rather, we don’t ask for permission because we don’t need to ask for permission. We haven’t asked for permission because the copyright regime tells us we can make use of other people’s work in all sorts of ways. In making The Game is On! we’ve made use of other people’s work for criticism and review, for quotation, for parody and pastiche, and for educational purposes. Similarly, we’ve made use of insubstantial parts of copyright works, and of information, biographical and otherwise, as well as commonplace tropes, themes and ideas from well-known films, stories and more.

In other words: we have done what creators typically do. We have allowed ourselves to be influenced by the world around us. We’ve taken things that already exist in the world and we’ve struck them together, hoping for a creative spark, conjuring fire, and spinning unlikely threads of gold.

Moreover, we have decided to lay bare the story of our copying, so far as we know it and have been able to document it.

Accompanying this Case File are six documents (see links below), each of which annotate an episode of The Game is On! In each document, we identify and explain the many and varied sources that have influenced the writing, design, animation and scoring of each film. We do not claim that our annotations are necessarily exhaustive or complete. We accept that there may well be influences we have forgotten or overlooked. Similarly, there may well be material that we have copied or borrowed from unconsciously. If you can identify any copying that we have not listed in each of these documents, it would be great to hear from you. Otherwise, we leave it for you to explore these annotations at your own leisure.

From a copyright perspective, we believe all of the copying that takes place in The Game is On! is lawful. Do you agree?

Episode 2 – The Adventure of the Six Detectives

Episode 3 – The Adventure of the Forger’s Apprentice

Episode 4 – The Adventure of the Missing Note

Episode 5 – The Adventure of the Unreliable Narrator

Episode 6 – The Adventure of the Photographer’s Stratagem 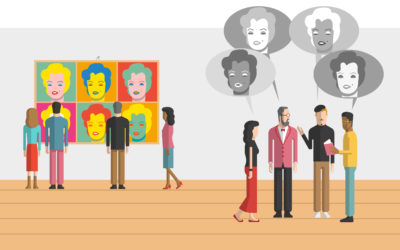 There are two exceptions to be aware of, one specifically for criticism and review and a more general exception for quotation. Both exceptions apply to all types of copyright material… 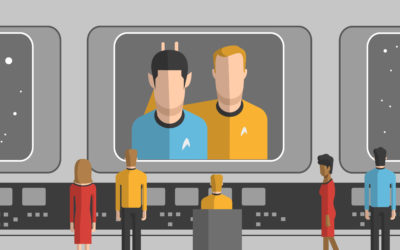 Parody refers to a new creative work which uses an existing work for humour or mockery. Some parodies take aim at well-known artists or their work in order to make a critique. 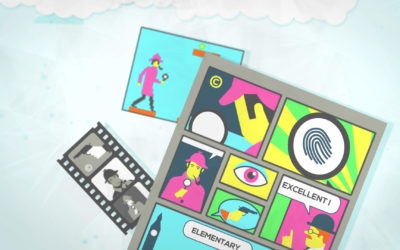 Copyright Bites is a series of short videos that makes copyright law and policy easier to understand, exploring the relationship between copyright and the public domain.