Making use of someone’s work to create a parody of that work, or of another work, is lawful in the UK. You do not need to ask the copyright owner for permission because copyright law permits you to make use of the work in this way. And there are plenty of other circumstances in which, under certain conditions, you can make use of copyright-protected work without permission. Collectively, these are referred to as copyright exceptions and they make up an important part of the public domain. 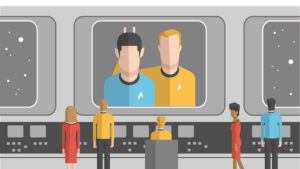 UK law contains a long list of exceptions to copyright. They permit, for example, quoting from a work to critique or review it, reporting newsworthy events, engaging in private study or non-commercial research, archiving and preservation activities, as well as a number of classroom and other educational uses. 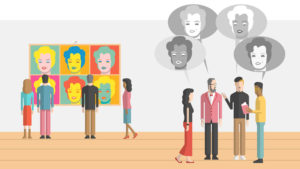 Benefitting from these exceptions often turns on the concept of fair dealing. In other words, to rely on the exception your use of the work must be fair. Indeed, the general nature and scope of exceptions to copyright are that they do not interfere with the normal exploitation of the work by the author or the copyright owner. So, whereas there is no exception that lets George manufacture and sell toy versions of Dick’s robot without Dick’s permission, Sally is able to rely on the exception for parody (authors don’t normally let people parody their work for money). 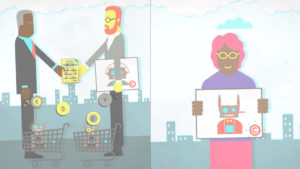 Also, you’ll notice that even though Sally has created a parody of Dick’s robot, this doesn’t necessarily interfere with the commercial value of Dick’s work or the robot toys. Dick and George are still making money, despite the fact that Sally has parodied the work. Again, exceptions to copyright do not ordinarily prevent authors and copyright owners from commercially exploiting their work.
Or, think of a different kind of example: Duchamp’s parody of the Mona Lisa didn’t prevent Da Vinci’s work from breaking the world record for the highest insurance valuation ever received for a painting: $100million (and that was in 1962). Might Duchamp’s parody actually have added to the fame, notoriety and value of the Mona Lisa? It is possible, but difficult to know with any certainty.
Back to Copyright Bite #3 video 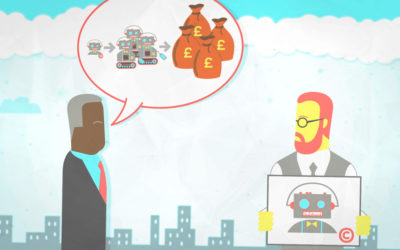 Dick has created an original artistic work protected by copyright. Typically the first author of a work will also be the first owner of the copyright in that work. 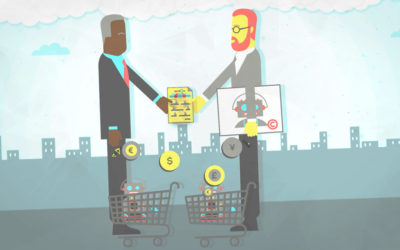 When you own the copyright in a work you can assign the rights in that work to someone else, or license others to make use of the work in certain clearly defined ways. 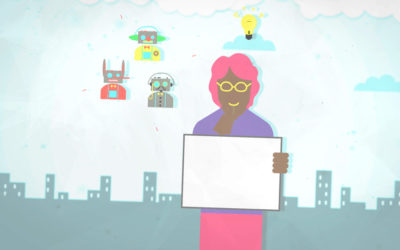 Sally is an illustrator. She is fascinated by the phenomenon of crossover fiction, games and toys.