When creating new work it is natural to be inspired by the work of others. Indeed, copyright promotes creativity by providing authors with rights in their work while, at the same time, allowing others to make use of that work in certain ways. Dick cannot prevent other artists from drawing robots after they have seen his robot; he can only prevent others from copying his particular robot.
That said, it is not always easy to draw the line between the lawful borrowing of simple ideas and when borrowing becomes unlawful because you have copied, for example, too many ideas from someone else’s work or have copied just one or two ideas but in too much detail. 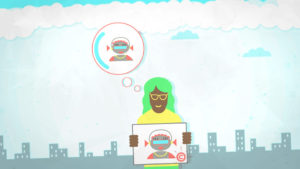 Jane is also an illustrator. She sees Dick’s drawing of a robot and is inspired. Robots are cool, thinks Jane, and she decides to draw her own. Her idea is that the robot should be made up of simple geometric shapes, but using shapes and features different from Dick’s robot.
There are some obvious similarities between Dick and Jane’s robots, but drawing robots is a bit like drawing people: there are always likely to be some common features of form and type while the differences lie in the detail. Jane has been inspired by Dick’s drawing but has not copied it in detail. Jane’s drawing is original and unique to her. It is protected by copyright, just as Dick’s drawing is protected by copyright. 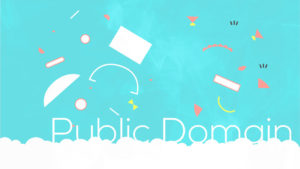 The ideas, the building blocks and basic shapes and elements that both Dick and Jane have used in drawing their robots remain in the public domain, free for anyone to use in creating their own robots, or dinosaurs or even robot-dinosaurs.
Back to Copyright Bite #2 video 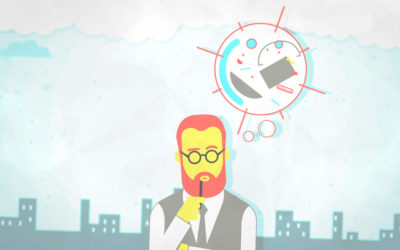 In the video, Dick, an illustrator, decides to draw a robot. Robots are cool, thinks Dick. His idea is that the robot should be made up of simple geometric shapes, but with a mouth like a thermometer or a ruler. 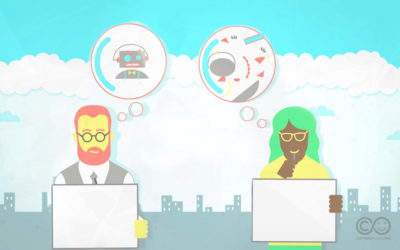 Copyright protects only the expression of ideas, not the ideas themselves. In the UK the law also typically requires that your work is fixed in some tangible form before it can be copyright-protected.